Indicated for controlling cholesterol and triglyceride levels, fighting free radicals and for the normal functioning of the cardiovascular system.

The active ingredients contained in Heart Solution play a synergistic action useful to maintain the physiological levels of cholesterol and triglycerides.
Heart Solution is useful to fight free radicals and for the normal functioning of the cardiovascular system.
Food supplement based on Fermented Red Rice, Hawthorn, Pomegranate, Vitamin B6 and B12.

Directions: it is recommended to take 2 tablets per day after main meals

It is obtained by the fermentation of common cooking rice (Oryza sativa), by a particular yeast, called Monascus purpureus or red yeast. This rice, which owes its name to its characteristic coloration, represents a traditional component of Chinese phytotherapy but it is also well known in the West for its precious hypolipidemic virtues. The enormous scientific and economic interest surrounding red rice is linked to the presence of Monascus purpureus; during its fermenting activity, this yeast is enriched with a group of substances, called monacolines, to which has been scientifically attributed a strong cholesterol-lowering activity. Among these, monacolin K stands out, which mirrors the chemical structure and pharmacological action of lovastatin (a drug belonging to the category of statins). Numerous scientific studies have shown that supplementation with fermented red rice has proved effective in normalizing the levels of total cholesterol, LDL cholesterol and triglyceridemia.

It is a powerful antioxidant that can effectively counteract the action of free radicals, penetrates the mitochondrion of cells and slows down the aging process. The effectiveness of n-acetylcysteine (NAC) to increase the rate of intracellular glutathione is scientifically proven. More than 220 scientific studies show that n-acetylcysteine:

It is very important for its biological role within the human organism, as it performs multiple functions: it participates in the synthesis of DNA, RNA and amino acids; it participates in the synthesis and transformation into energy of carbohydrates, fats and proteins; it participates in the production of red blood cells and antibodies; it helps the functioning of the muscular and nervous system. It counteracts nausea in pregnancy, menstrual swelling and the onset of arthritis in menopause. After the age of 50 it is absorbed with more difficulty. It influences the metabolism of serotonin, the substance involved in the mechanisms that regulate mood, whose deficiency is responsible for depression. It is an important vitamin for weight control, maintains healthy nerves, skin, muscles, helps in the formation of antibodies, useful for digestion, very important for the nervous system. Vitamin B6 is also involved in some reactions of glucose and lipid metabolism.

Vitamin B12 is an important vitamin for normal functioning of the brain, nervous system, and blood formation. It is normally involved in the metabolism of every cell in the body concerning mainly DNA synthesis and regulation, but also fatty acid synthesis and energy production.

Since ancient times this particular fruit has been a symbol of abundance and longevity and since then its many therapeutic properties were well known, today official medicine has done nothing but confirm these properties. Its most important virtue is that which concerns the presence of substances with high anti-tumor activity such as ellagic acid, flavonoids and other substances with antioxidant properties that together collaborate actively in the prevention of various cancers (prostate, skin, breast, lungs). According to recent studies the prolonged intake of pomegranate would be able to protect the heart from the formation of atherosclerotic plaques, not only that, even the disorders caused by menopause (depression and brittle bones) seem to get good benefits from the intake of pomegranate juice.

Cardiovascular action.
Hawthorn possesses a marked affinity towards the heart, mainly related to flavonoids and proanthocyanidols. It causes a vasodilation of the abdominal blood vessels and especially of the coronary ones that carry blood to the heart, with an increase in blood flow in these areas of the body. It reduces the heart rate appreciably and enhances the action of digitalis on the heart. In addition, flavonoids cause dilation of the blood vessels, which causes a decrease in blood pressure. Very useful in angina pectoris, in cardiac neurosis, in states of hyperexcitability with arrhythmias and in arterial hypertension, especially if of nervous origin. Recent clinical studies on patients with moderate cardiac decompensation and/or with arterial hypertension, have shown that the titrated dry extract of hawthorn can effectively reduce heart rate, ankle swelling and arterial pressure, also showing an action of strengthening the contractile force of the heart and a significant reduction of the symptoms suffered by these people, without the appearance of any side effect.

Sedative action.
It also has a good sedative action at a central level, useful especially in very nervous patients, in which it reduces emotionality, tension and improves sleep. It seems to be mainly due to tannins and flavonoids present in this plant, as it has been proved they cause sedation and regulate sleep.

Antiradical action.
Very interesting is its ability to trap free radicals, thanks to which it strongly reduces the oxidation of LDL, which are the molecules of cholesterol that tend to deposit in the wall of blood vessels after being oxidized. In this way, it hinders one of the fundamental events for the formation of atherosclerotic plaques in blood vessels.

CONTENT OF THE CHARACTERIZING INGREDIENTS:
Analysis per daily dose (2 tablets).

4 other products in the same category: 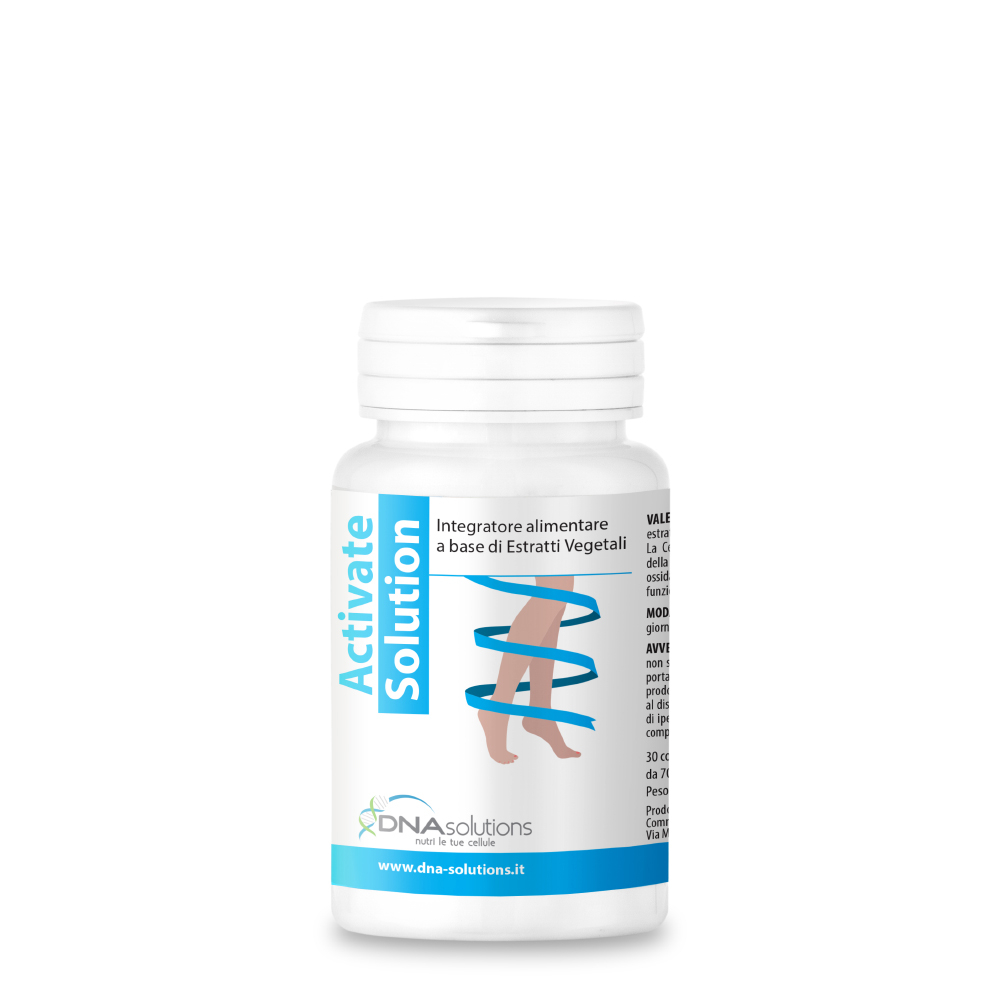 Activate Solutions contains active ingredients and plant extracts that help the microcirculation and the venous and lymphatic circulation. Centella... 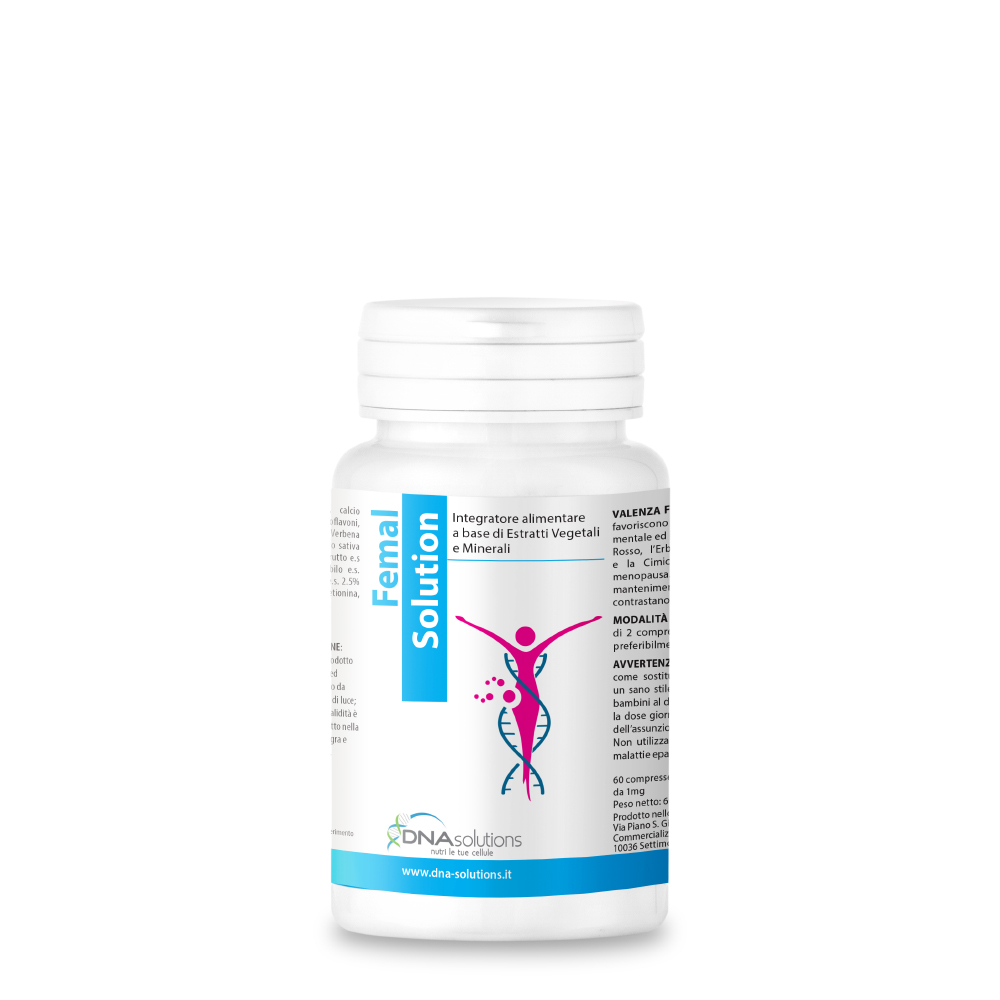