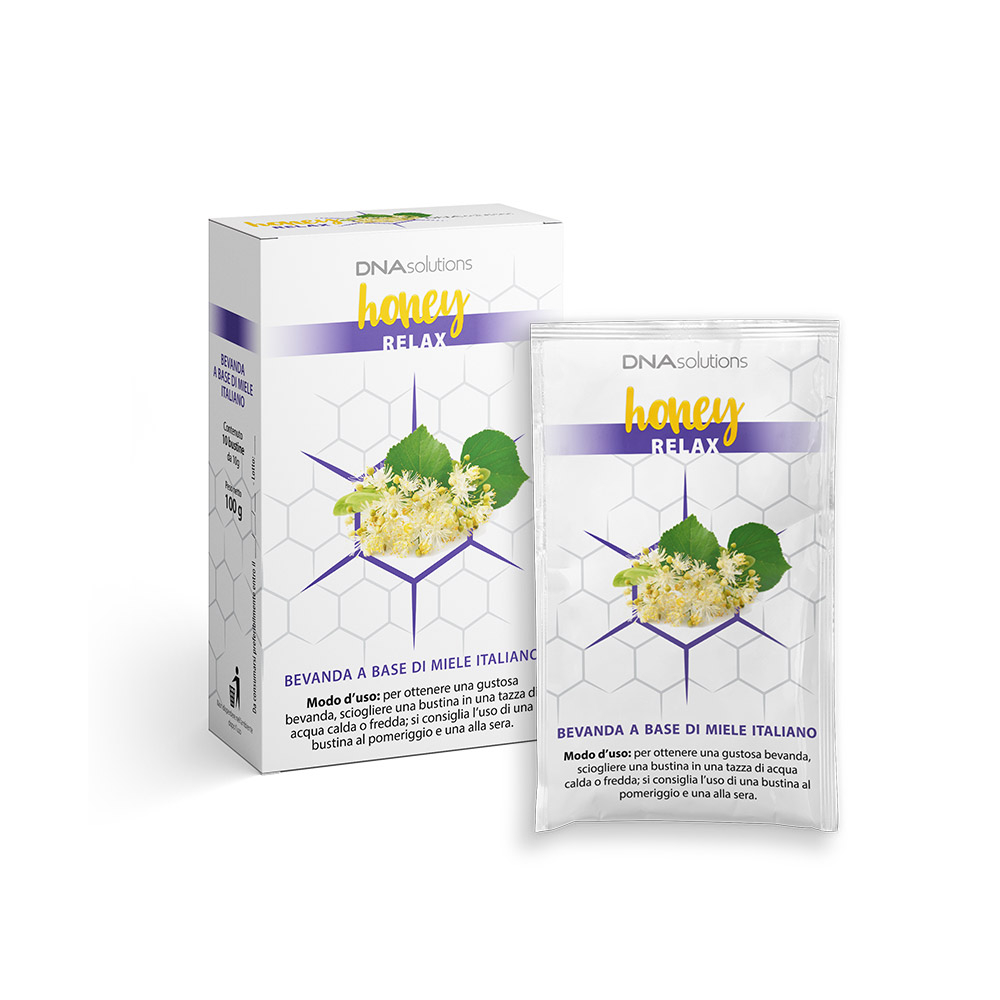 Honey Relax is a soluble preparation for a drink with an enveloping taste and a relaxing action.
It is a valid and natural help in cases of stress, difficulty in sleeping, anguish, nervousness and palpitations.
The preparation is soluble in cold water and, therefore, is ready to be taken at any time. Even outside the home!

Take advantage of the benefits of natural extracts and enjoy the pleasure of a honey drink!

Why "RELAX"?
This preparation contains all the natural extracts used most successfully to treat cases of hyperexcitability, difficulty in sleeping, nervousness and palpitations.

The natural extracts present in Honey Relax have in common very similar properties and, together, they act in synergy to give a sense of greater calm, lucidity, well-being and release of tension. It follows that it can be used as an adjuvant for insomnia in all cases of difficulty in sleeping caused by agitation, stress and palpitations.

Lime Tree.
Linden (Tilia Tomentosa) is a tree of the Tiliaceae family.
Its leaves and flowers are recommended to defeat tachycardia and headache, to alleviate stress and to promote night rest.
The pain relieving properties of linden towards headache are due to its action towards the circulatory system and the consequent lowering of arterial pressure. By also regulating pressure, linden is one of the natural remedies of choice for states of anxiety and agitation.

Eschscholzia (Eschscholzia californica) is a perennial plant of the family of Papaveraceae and, in fact, it is also known as "the Californian poppy".

Widely used in phytotherapy for its relaxing action on the central nervous system, Eschscholzia is also suggested in pediatric age in the treatment of hyperactivity and agitation.

This phytocomplex also acts as a painkiller and antispasmodic against menstrual pains, intestinal cramps and some types of migraine.

Moreover, it has been proved that Eschscholzia not only helps to fall asleep, but also improves the quality of sleep.

Passionflower (Passiflora Incarnata) belongs to the family of Passifloraceae and its extract is one of the most used natural remedies in the treatment of disorders connected to the central nervous system. Flavonoids contained in Passion flower, in fact, exert an action on GABA A receptors - the same receptors of benzodiazepines - causing a calming effect even in forms of hysterical neurosis and post traumatic disorders.
Passionflower, moreover, relaxes smooth muscular tissue: for this reason, it is a valid help for gastrointestinal cramps and for uterine pains during menstrual cycle.
While promoting restful sleep, Passionflower does not have the side effects of benzodiazepines, including the annoying sensation of numbness upon awakening.

From the family of Cannabaceae, Hops (Humulus Lupulus) is used in phytotherapy as a sedative.
Hops, in fact, is rich in lupulone and umolone, which seem to be the derivatives responsible for its recognized calming properties. Just like Lime, Passionflower and Eschscholzia, Hops is a precious help for states of excessive stress, anxiety and insomnia.

Hawthorn.
Hawthorn (Crataegus oxyacantha) is a perennial plant of the Rosaceae family.
The vitexin contained in Hawthorn gives this plant antispasmodic, anxiolytic and sedative properties. For its recognized relaxing action, Hawthorn is one of the best natural remedies for very emotional people, who suffer from periods of hyper agitation and excessive anxiety.

Chamomile.
Chamomile (Matricaria recutita) belongs to the Asteraceae family.
Its flowers, as it is known, are used as adjuvants for general relaxation. However, differently from what is commonly thought, Chamomile does not have a direct power towards sleep (differently from Escholzia and Passion flower, for example), but it has antispasmodic properties. Excellent, therefore, as a muscle relaxant and in the treatment of cramps, Chamomile promotes general relaxation which, in turn, promotes night rest.

Lemon Balm.
Lemon balm (Melissa officinalis) is a perennial plant of the Labiateae family.
Like Chamomile, this plant exerts a relaxing action on the muscular system, contrasting pains due to tensions, tachycardia and agitation.
Moreover, it acts on the central nervous system reducing the hyper excitement and the related disorders, such as headache.
In synergy with the other natural extracts contained in Honey Relax, Lemon Balm promotes a good and restful sleep. 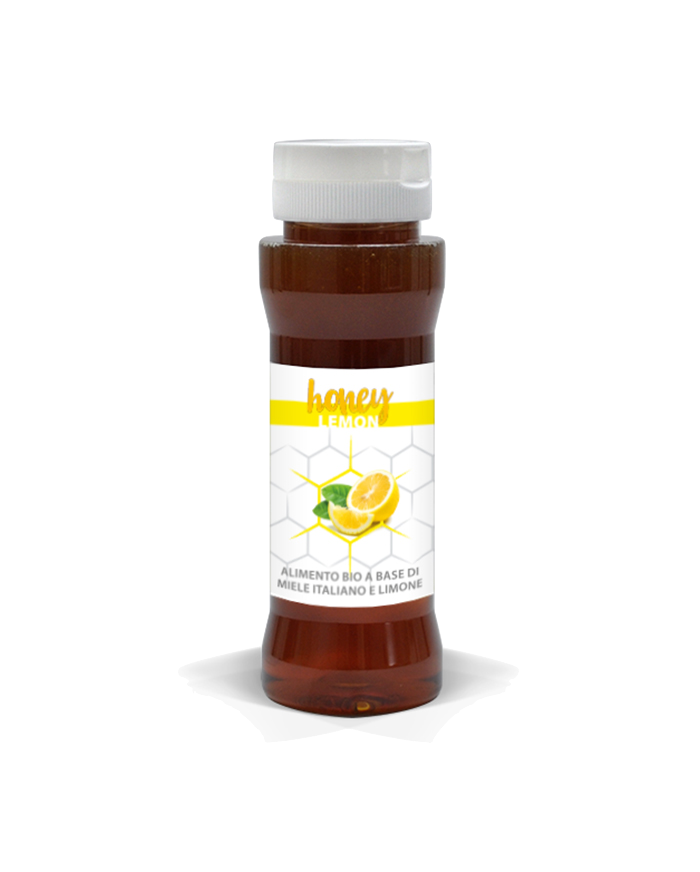 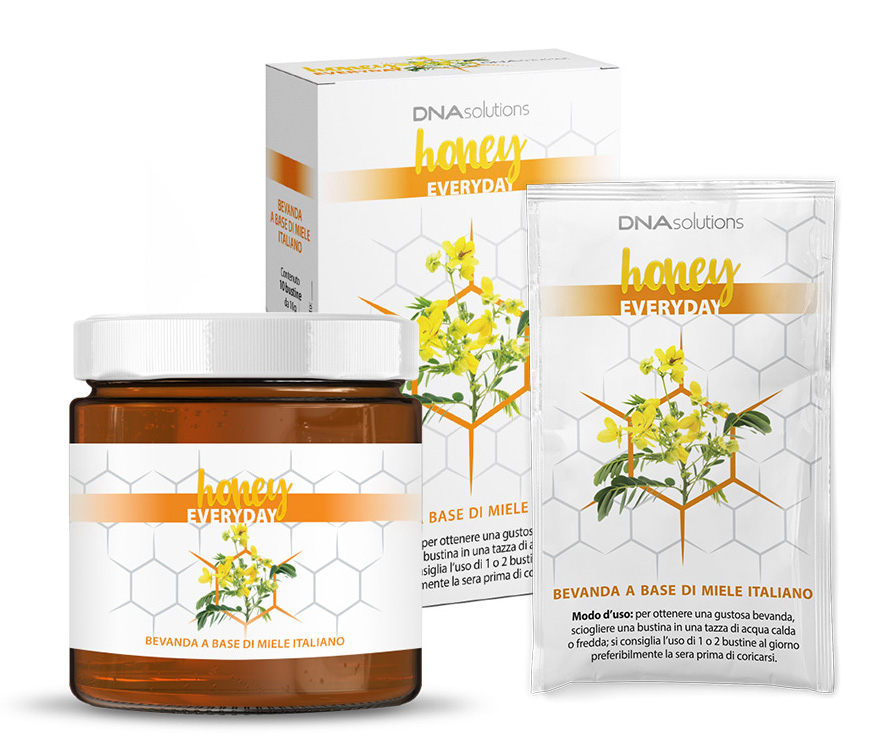 The composition of Honey Everyday has been carefully studied to bring the properties of the vegetable extracts contained, reducing or minimizing... 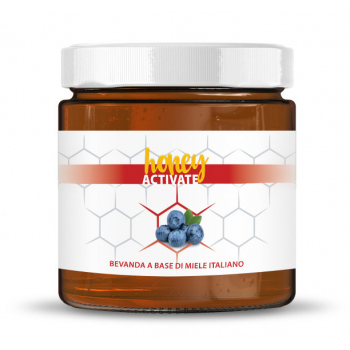 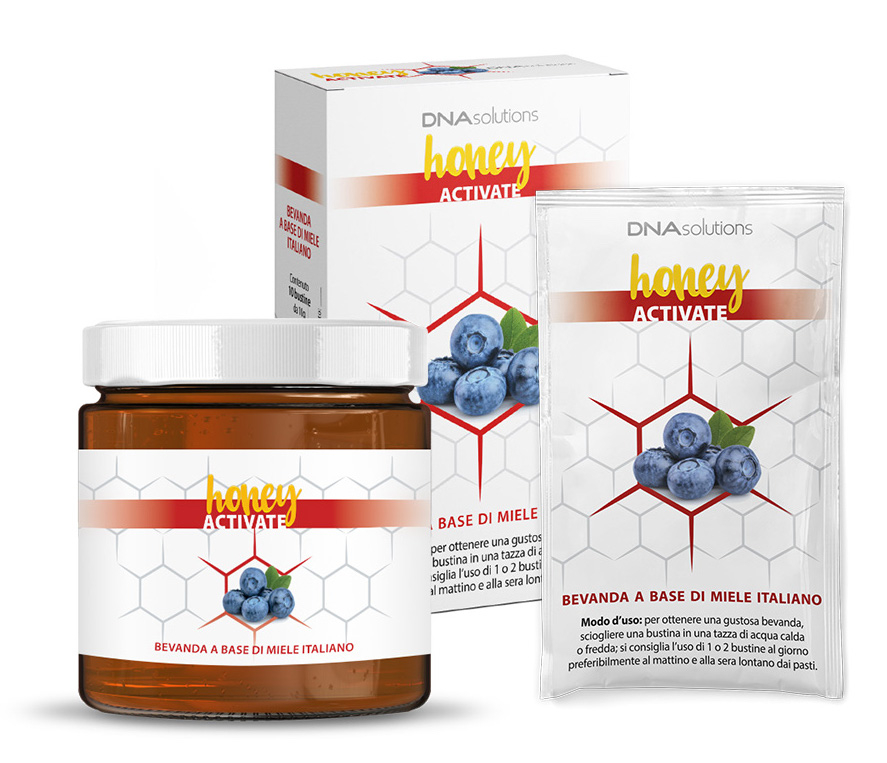 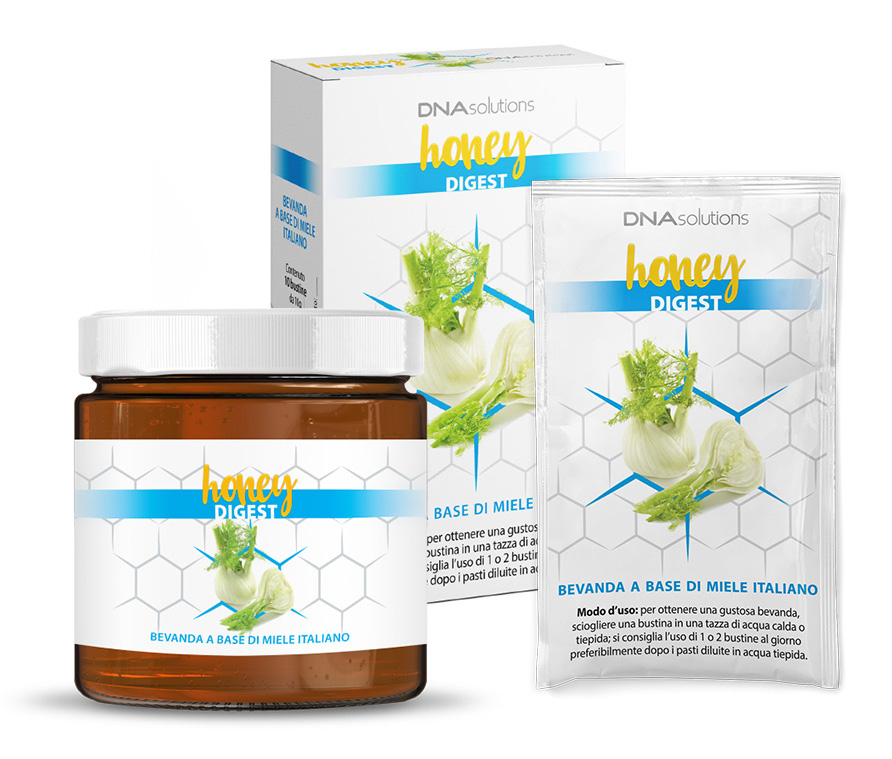 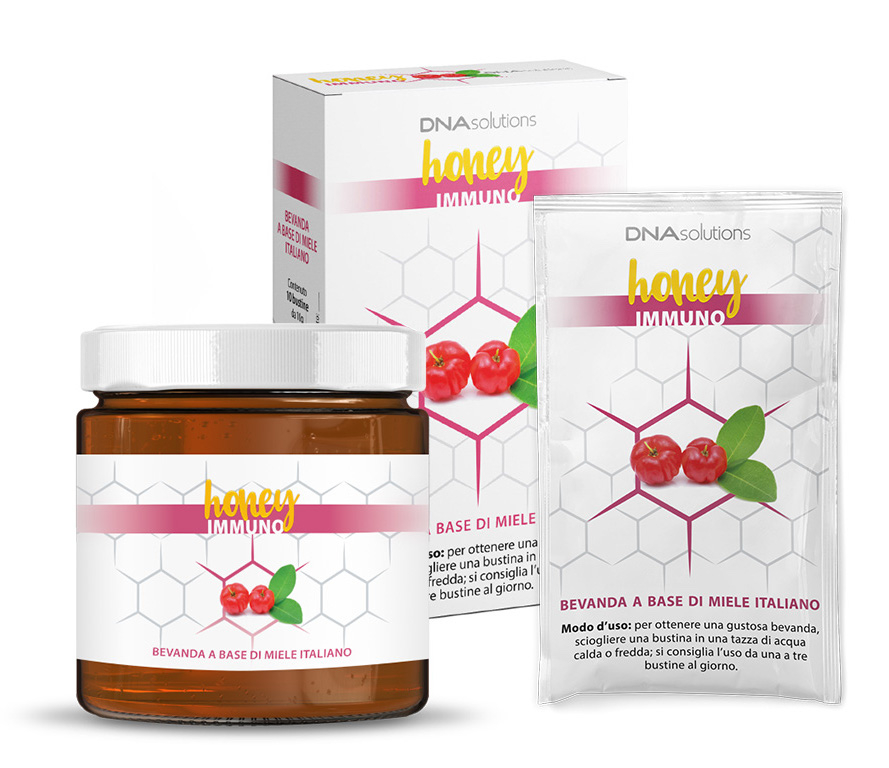 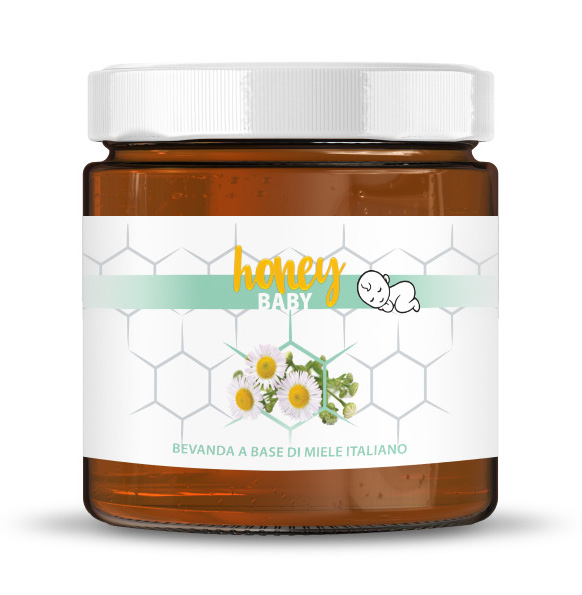 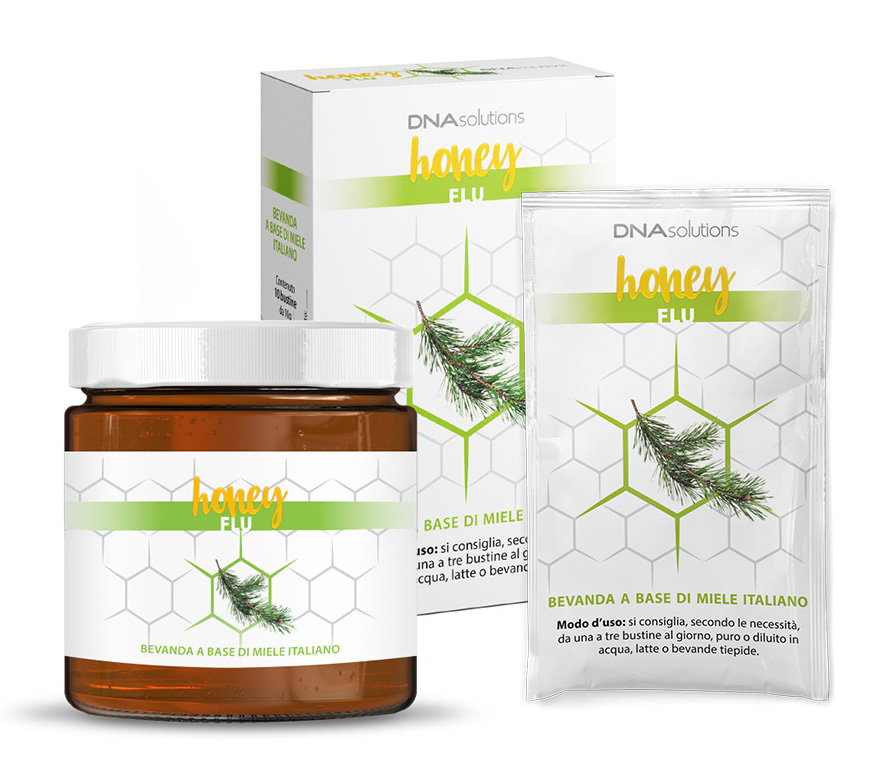 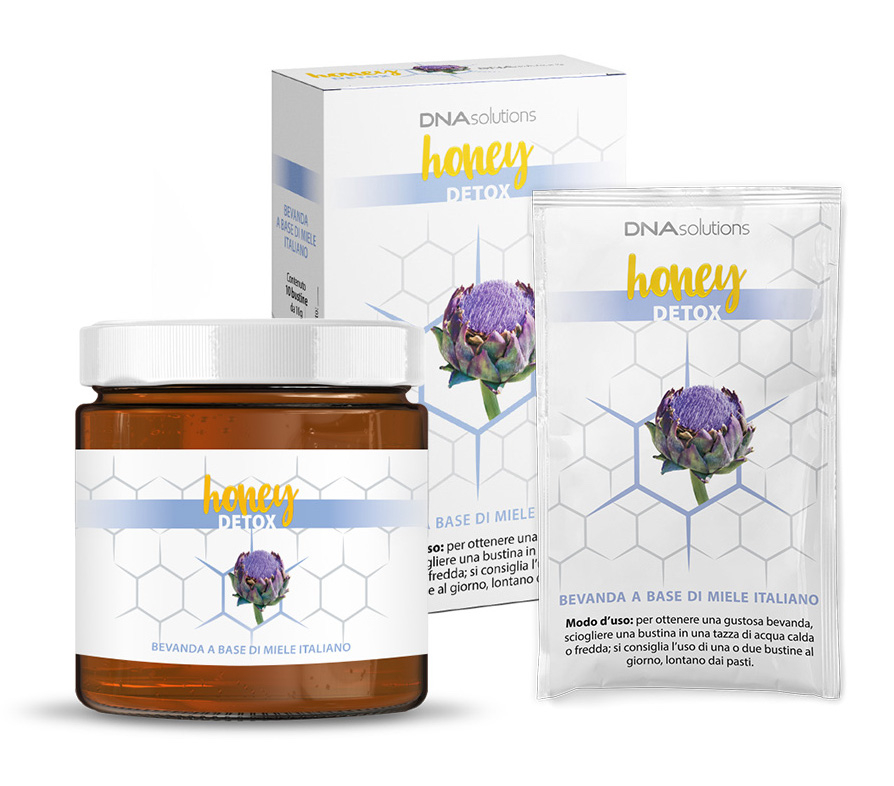 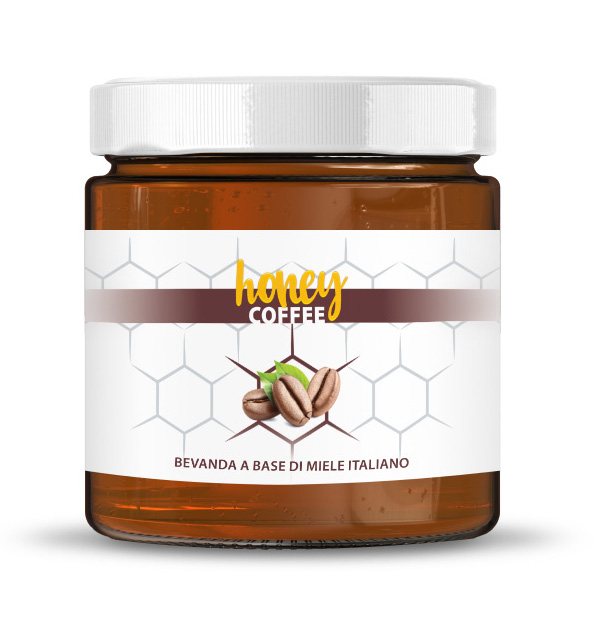